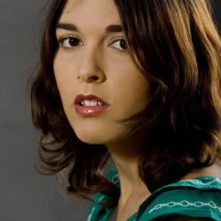 Studies scriptwriting at Maala school. She Publishes essays, poems and novels in a variety of newspapers and online magazines such as ynet, Haaretz, Maariv and Lilith.

She is the laurite of prizes such as the prime minister prize for poets and authors, Agadata prize and more. Her story "Toto's antiaging machine" was published at Hadley-Rill Books.

In 2010 she published her book ״My sister is a bride and the garden is locked״ which prized her with the Pardes scholarship.